I have no idea where I left off…

I have no idea where I left off exactly.  Arlis was gone all last week to dad’s to fix the tractor.  We got the garden plowed, disced, and tilled.  We bought some herbs and cabbages yesterday and planted them. 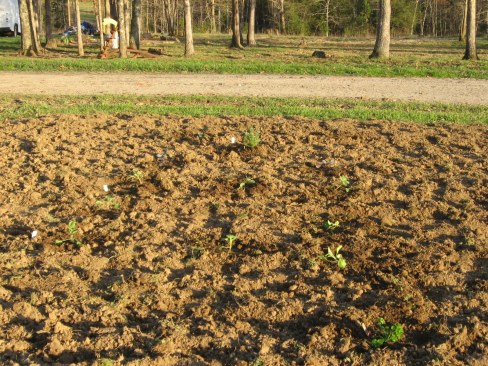 I’ve strategically placed the herbs b/c I hear they help ward off insects.  I’m planting around them.  Still getting some oregano and basil, but we bought rosemary (wow did it smell good!), cilantro (never get to use because you have to use fresh and it costs too much), and parsley (a bitter herb).

We spent this week preparing for Pesach (Passover).  It started at sundown Tue night.  Arlis’s funeral was scheduled for soon after as he decided to start the sink project that day as I was out trying to buy lamb which doesn’t exist in a 100 mile radius.  Food Lion did have leg of lamb on sale 2 days later, but they had none then and we’re not allowed to have any b/c they are a “low volume” store.  So, with a good cut of beef, creecy greens on top, green onions and unleavened bread, we ate a very non-traditional Passover.  Unfortunately, Marcus now tries to wear his shoes and stand for every meal… 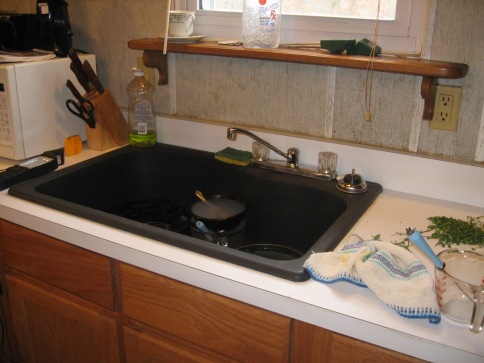 This picture was taken when he finally finished, FOUR trips to the hardware store later.  The sink is now big enough to hold a pan or pot and is deeper than 4 inches.